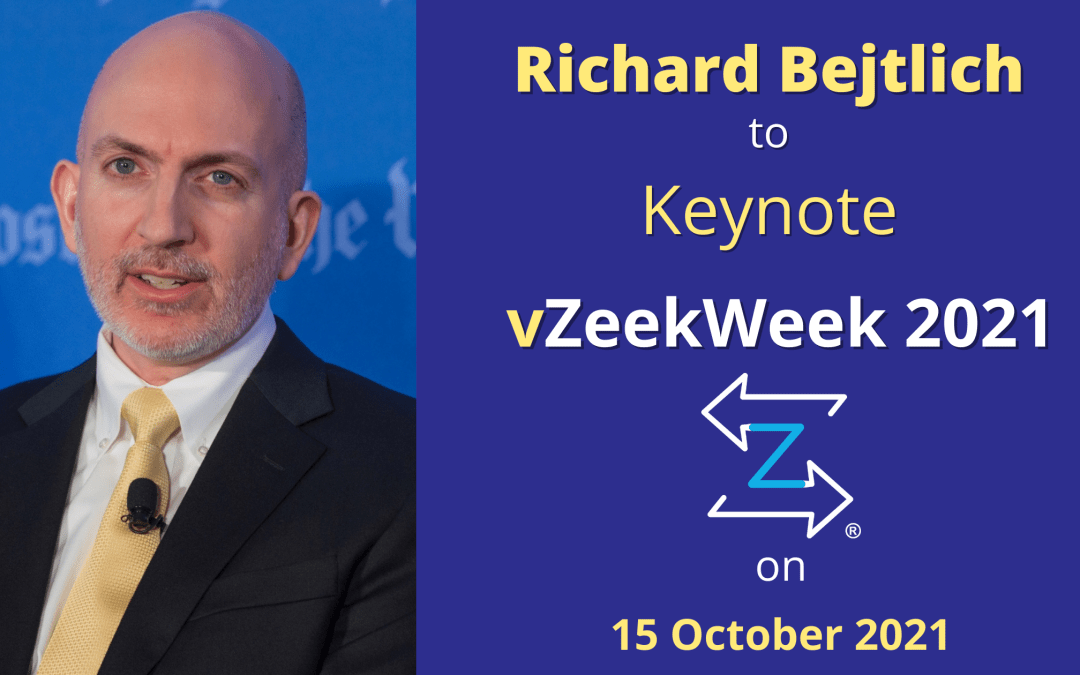 The Zeek Project is pleased to announce that Richard Bejtlich will keynote the  ZeekWeek 2021 Day 3 Zeek Roadmap/ Developers Track on 15 October 2021.

Network security monitoring (NSM) began in the late 1980s and continues to assist defenders in the early 2020s. In this talk, Richard will briefly evaluate the past, present, and future of NSM. He will talk about the role Zeek plays in defending digital assets and the systematic challenges confronting defenders.

Richard Bejtlich is Strategist and Author in Residence at Corelight. He was previously Chief Security Strategist at FireEye, and Mandiant’s Chief Security Officer when FireEye acquired Mandiant in 2013. At General Electric, as Director of Incident Response, he built and led the 40-member GE Computer Incident Response Team (GE-CIRT). Richard began his digital security career as a military intelligence officer in 1997 at the Air Force Computer Emergency Response Team (AFCERT), Air Force Information Warfare Center (AFIWC), and Air Intelligence Agency (AIA). Richard is a graduate of Harvard University and the United States Air Force Academy. He has authored, co-authored, and contributed to over a dozen books (listed at www.taosecurity.com).

ZeekWeek (formerly BroCon) is the most important community event for users, developers, incident responders, threat hunters and architects who rely on the open-source Zeek network security monitor as a critical element in their security stack. Register today to attend ZeekWeek 2021.  Check out the schedule and more at zeekweek.org.